When RL first met Sergio, we ran into him on the tennis courts at the JW Marriott Desert Springs Resort in Palm Desert, California.  After chatting it up with him, we discovered that not only does he have a passion for two-bounce tennis (tennis played in a wheelchair) but he is also just as passionate about the work he creates as a potter. We find it amazing that this tough guy creates such beautiful and delicate works of art.

Sergio moved to the Coachella Valley, California area from the Los Angeles area in 1992 as a young man, which is also when he first began to play tennis.  He played consistently for four years but then stopped playing in order to focus on running his business to support his family.  Sergio operated a unique art studio within the Palapas of Araby Cove in Palm Springs, California for 8-1/2 years where he created quite a name for himself in the art community.

Today, he is the extremely proud father of three girls; Natalie, Nicole and Karina and a grandfather of four.   He has picked up his tennis rackets again and can be found on the tennis courts of the prestigious Indian Wells Tennis Gardens or the JW Marriot Desert Springs Resort. When Sergio isn’t training for competition, he lends his skill set to introduce the sport to and train players of all ages.

It would be easy to assume that a person like Sergio, who lives with a physical disability resulting from the onset of polio at a very early age, would have a difficult time achieving success behind the potters wheel or on the tennis courts where he maneuvers at lightning speeds but this has never been the case for him.  Sergio is a great study on how passion, courage and a belief in oneself can diminish and even eliminate life’s obstacles.  Sergio’s approach to life is a perfect study for society’s need to understand why a shift in the paradigm is so desperately needed as it relates to how living life with a disability is recognized and understood by the general able-bodied public.

Not only does Sergio travel the world to compete in tennis tournaments, he also clinches and brings home the championships. 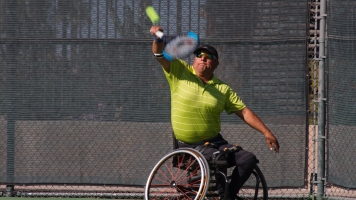 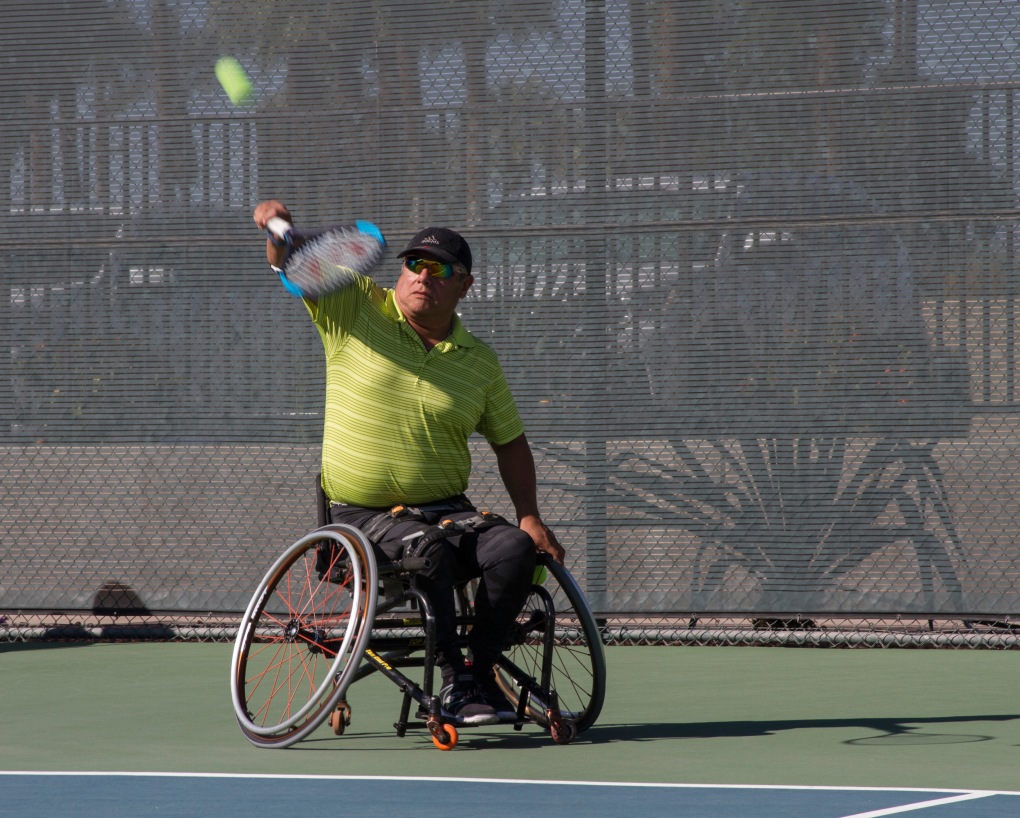 If you can’t find Sergio on the tennis courts, you might find him at the Old Town

Artisan’s Studio in La Quinta, California, a nonprofit organization helping to bring art to those who need it the most.  He loves the way he can get lost in the clay where he can create anything out of nothing.

We had the privilege of sitting with Sergio while he was behind the potter’s wheel at his home studio.  It was fascinating to see him mold and shape such beautiful vessels from a single clump of clay!