One of the many incredible things about Refocused Lives is that is provides an outlet to brag about our very own personal friends in addition to the many wonderful people that we meet in our quest to bring a little sunshine into your day.  We don’t get that opportunity very often without seeming weirdly obsessive about our BFF’s so we happily introduce you to Laurie Bielik, sculptor, artist, custom jewelry designer, lover of all things equine and fierce fighter of multiple sclerosis (MS).

Although she didn’t know it at the time, Laurie’s onset of MS occurred right after the birth of her daughter.  Approximately 10 days after Amanda’s birth, Laurie began to feel extreme numbness in her leg, was unable to walk and her doctors admitted her to the hospital thinking that she might possibly have a blood clot related to childbirth.  The numbness subsided after a few days, Laurie began to feel better and was able to walk again so the doctors released her from the hospital. Two years later, she recalls what was to be her second indication that something just wasn’t right.  She began to experience extreme stiffness and spasming now in her neck and back.  And still at that time she didn’t attribute it to anything significant but thought that perhaps she had just pulled a muscle or had strained her back while training and caring for her horses. Laurie underwent a slew of medical tests after returning to the doctor and explaining the new symptoms to them.   Relief, is what Laurie describes she felt the most upon hearing her diagnosis.  Relief that it was not a more debilitating condition.  It could have been worse; she had seen worse in her very own family.  On the heels of relief, came anger and fear.  Once the whirlwind of emotions had settled, Laurie was most concerned about her children and not wanting them to worry about her.

As an online resource, Laurie speaks highly of MyMSTeam, an organization that offers local and national support services.  She is able to chat with other MS patients; sharing triumphs, encouragement and difficulties relating to many aspects of life with MS.

The physical affects of MS slowed Laurie down, but it did not stop her.  She learned how to shift priorities and balanced life on her own terms.  It was during this time that she began to focus more on her artistic talents using varied mediums to  create jewelry, paintings, sculptures and more.

Originally from New York and a mother of two, Laurie currently lives in southern California where the dry summer heat can reach 120 degrees and the ground is prone to shake from the occasional earthquake whenever the San Andreas fault line wants to release a little stress.  She has made the Coachella Valley her home for over thirty years.  And it is here that she has made a name for herself in the artist and equine community.

I have never met anyone with such a huge heart, filled with love and compassion for the horses at the Assisi Equine Sanctuary located in Thousand Palms, California. Once there, a horse will live out the remainder of their lives being loved, cared for and treated with kindness, respect and medical attention.

Her love of horses was always present. She happily reminisces about the times when she was in first grade and she and her friend Timmy would steal ponies from a neighboring dentist’s pasture.   Not only did Laurie remain involved with horses but Timmy has as well.  Timothy Henry is currently the Director of Equestrian Programs and the Director of Development at the Oak Hill Academy located in Virginia in the heart of the Blue Ridge Mountains.

Laurie was in the seventh grade when she began riding and showing horses.  She can not remember a time that horses were not a part of her life.  She recalls playing with horses and drawing horses with her younger sister all the time.  Laurie believes that her connection to horses throughout her life is the tie that binds her to the cherished childhood memories of her sister who died tragically almost fifty years ago at the age of seven.  She believes that God gave her this gift in order for her to survive and she doesn’t quite feel right if she isn’t putting her talent to use. 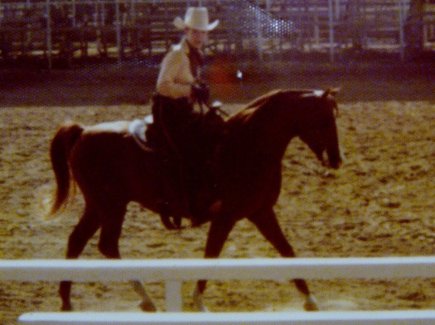 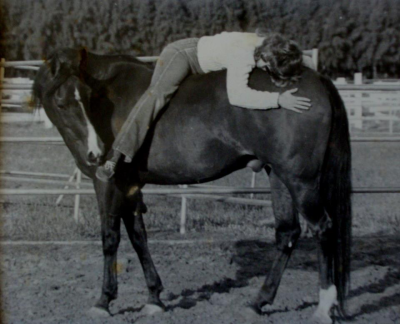 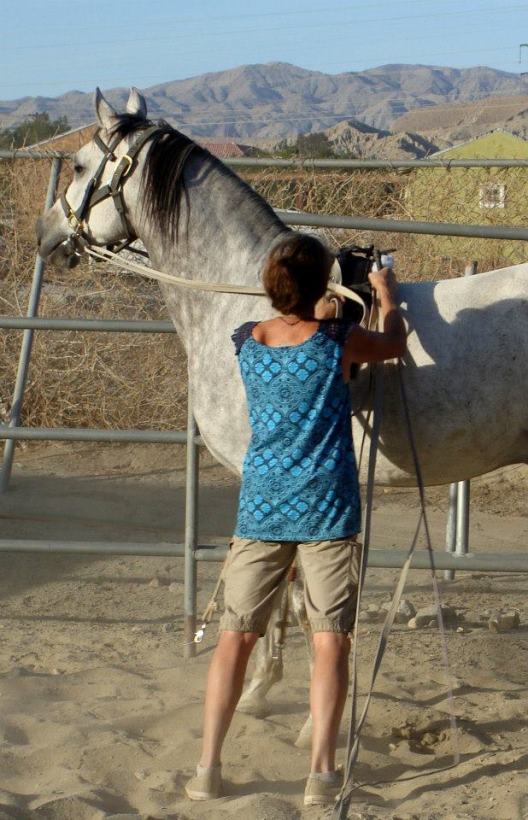 Meet Fiona and her miracle colt; Flynn, residents of the Assisi Equine Sanctuary.  Laurie told us that Fiona was rescued as a skeletal and very stunted mare with a broken jaw bone on both sides.  Eleven months after bringing her to the sanctuary, where Laurie spends a great amount of time, Fiona produced this normal, robust, “thinks life is grand and quite lovely” colt.  And why not – because life is grand and quite lovely!

Thank you to Jody Miller for some of the photographs used in this article.  For equine photography services contact Jody L. Miller Photography.